Have you heard the one about the millennial who set out to pull off the ‘most insane’ island music festival of all time? It’s no joke. In fact, nightmare is more like it. If you need a refresher on the disaster known as the Fyre festival of 2017, the new Netflix documentary spills all the dirt. Imagine Woodstock…but set in the Bahamas with super models and a social media game on steroids. Except there’s no peace and love or history-making headliners…and the accommodations are actually worse.

It’s a tale of The Lifestyles of the Rich and Famous meets The Influencers New Clothes that quickly goes from drunk-on-power bad to spiraling out of control beyond return. But as far as documentaries go, it’s a winner. You have to see it with your own eyes to believe it. And if one documentary on the epic fail isn’t enough, Hulu is running its own version – though the reviews haven’t been as promising and we’re a little Fyred out for that right now.

Spoiler Alert: A GoFundMe has been set up to help the hard-working locals left holding the bag. Finally a grown-up solution! Here’s a little peek at the trailer. 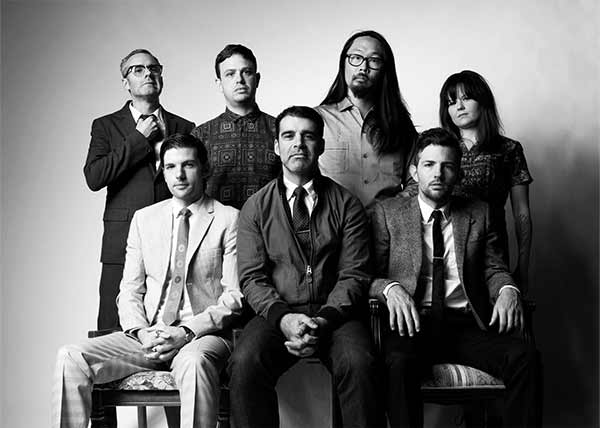 Now here’s two bros in perfect harmony. And they get along famously. If you know don’t know the Avett Brothers, then the HBO documentary May It Last: A Portrait of the Avett Brothers will be a much needed wake-up call. If you’re already into them, this doc will only add fuel to your fandom. They’re the real deal mixing deep southern roots with a generous heap of soul-bearing.

Equally gifted on vocals, instrumentals and oh, that songwriting, they and their awesome bandmates treat us to some good old-fashioned record-making. Seeing the track “No Hard Feelings” come alive is pure heaven. They’ve got music guru Rick Rubin in their corner along with Judd Apotow, who directed the film and seems to always get to hang out with the cool kids. Look for the film now showing on HBO and that record they lovingly cranked out is True Sadness.

Last night we stepped out to see the Austin based Explosions in the Sky. These guys don’t come around often so we jumped at the chance. They’re perhaps best recognized for their brilliant soundtrack work on the film (and tv show) Friday Night Lights but they wield lots more power than that – especially live on stage.

Their sound doesn’t fit neatly into any box but it’s instrumental rock that mixes soft, fluid melodies with raging guitars and raw emotion. They refer to it as “cathartic mini-symphonies.” We call it mesmerizing. If this were the 70’s, they’d be major guitar heroes of FM radio. Though their low-key masters-of-their-universe style seems to suit them just fine. Here’s a small taste of what we saw last night.

Explosions in the Sky albums to own:

We loved Captain Fantastic. It’s the movie that Viggo Mortensen could have easily won the Oscar for, had more people seen it. He slays as the head of this unconventional family that’s keeping-far-away-from-the-Joneses, living off the grid and literally fending for themselves.


It’s beautifully written and directed by Matt Ross (who plays Gavin Belson on Silicon Valley). He’s crafted a story that’s smart, funny and poignant and takes a thought provoking look at the messy job of being a family.


And then there’s the icing on the cake: the soundtrack. It’s from Alex Somers with the help of his partner Jonsi (who we told you about here). It’s not the pop hit variety…though there were some nice moments of song in the film. It’s more sit back, chill and let the soothing sounds take over. Something we could all use a little more of these days. 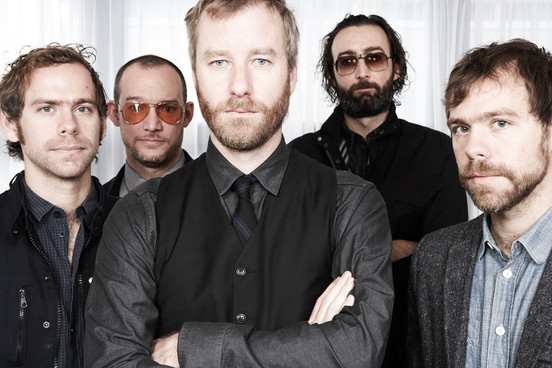 We’ve been pounding the drum for The National along with the rest of the world since they exploded with High Violet. We talked about them when the record first hit and then again, with their contribution to the Win Win soundtrack and once more, with Sharon Van Etten, a frequent collaborator who also appears on their latest.

So naturally, we’re pleased to report the newly released Trouble Will Find Me lives up to their reputation. It’s more refined and introspective than the previous, giving it a more mature or perhaps, clean shaven feel. But never veering far from the indie Brooklyn gruff they wear with authority. Bottom line, they’re a good old fashioned rock band that continues to advance and once again, they have fully delivered.

The part 2 to this story is that there’s even more of The National to love with the release of the new documentary Mistaken for Strangers. It came as a result of lead singer Matt Berninger, flanked by a pair of twins and a set of brothers and feeling left out, inviting his own metalhead brother Tom to join the crew of their breakout tour. Good thing the wannabe filmmaker packed the camera because what could have ended with a failed roadie gig evolved into this unexpected tale of two brothers. While the popularity of one was skyrocketing, the almost famous one floundered in his shadow. That is, until the spotlight was turned. Be it dumb luck or happy accident, Tom Berninger managed to make good and create a touching film that took him from sleeping on his parent’s couch to being introduced by Robert DeNiro at the Tribeca Film Festival and gaining respect as an artist in his own right. The film is out in limited screenings so it’s best to throw it on the queue for safe keeping.

Here’s The National on Letterman with their summer anthem “Don’t Swallow the Cap” (Oh and really, Dave? “You can pick up the CD in stores….” Is that still a thing?) followed by the trailer for Mistaken for Strangers by Tom Berninger who seems pretty ready for his closeup. 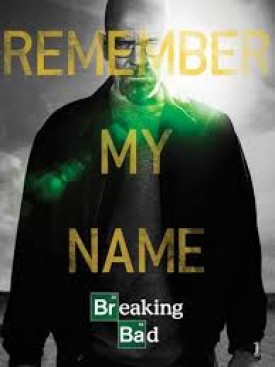 If you’re not up to date with Breaking Bad, you’re majorly missing the boat. It will go down as one of the baddest TV shows of all time. The good news is that you have a chance to redeem yourself. AMC is currently rerunning the series from the beginning or you can binge watch on Netflix. All in burning anticipation of the final eight episodes coming August 11.

It’s the kind of show that once you start, you’re hooked and soon joining the throngs of fans jonesing for more. Second only to Tony Soprano, Walter White is the most likable psychopathic family man to ever command your attention. It’s storytelling and acting at the highest level with some great use of music thrown in for good measure.

The series is not overly soundtracked but when they slip in a choice nugget like the one below, it takes on a role of its own. Without giving too much away, it comes at a pivotable moment early in Season 5, marking the beginning of the end…of the series. This cookin’ 1968 version of ‘On a Clear Day You Can See Forever’ from The Peddlers, no less, finds Walt and Jesse doing their thing and it’s sure to be remembered. Well played, gentleman. Well played.