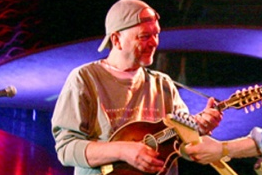 Aaahaa……..Poco…..They are the band that kicked off the country rock sound that helped give the 70′s its flair. Founding member Rusty Young is in the house for this boomitude quick q&a and he’s talking music, influences and the making of a lasting Legend. You know, it doesn’t happen all the time…….

What was the first album you purchased?
I don’t remember the album title, but it was a Speedy West and Jimmy Bryant album. They were a brilliant steel guitar and electric guitar duo.

As one of the most accomplished steel guitar players in rock/pop field, how did you find the instrument originally?
It was 1952 and I was six years old when my parents, who loved country music, signed me up for steel guitar lessons. 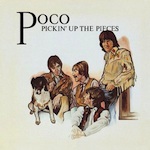 The 1969 album Pickin’ Up The Pieces was innovative in that it created a new genre blending rock and country. When you guys were putting that work together, did you have a sense that you were embarking on a new blend in popular music?
Yes. Although both the Everly Bros. and Ricky Nelson were doing country rock music way before we did. 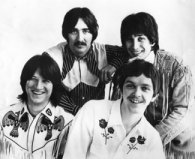 Poco’s sound influenced a number of bands over the years, who were your influences?

We were influenced by everyone from Buck Owens to Buddy Holly. Our goal for Poco was to marry the instrumental sounds of country music with the melodies and lyrics of rock and roll. 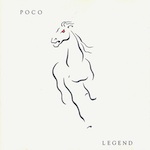 You and Paul Cotton were at the helm for the band’s best known work Legend. When did you guys realize the magnitude of the album’s success and what was that like?

When I heard “Crazy Love” on the car radio in Los Angeles I realized we’d finally found the commercial success that had eluded us for so long.

If you had to suggest 3 Poco albums to a person unfamiliar with the band what would they be and why?

First, I would recommend Pickin’ Up The Pieces because it kicked off the L.A. country rock era. Next I would recommend Legend because that album will stand the test of time. And finally, I’d recommend Legacy because it brings the band full circle. It has the original lineup and what other band can boast it’s members have played in bands like the Eagles, Loggins and Messina, Buffalo Springfield AND Poco.

Who are you listening to these days?
I listen to as much new music as I can, as well as, the classic artists. I like John Mayer, One EskimO, Van Morrison, Snow Patrol and Tom Petty. I like Sheryl Crow, Norah Jones, Pink and Emmylou Harris.