Billy Joel’s Live at Shea Stadium concert has been all over PBS this week. But in case you dropped the ball, the historic evening of 2008 is also available in a CD/DVD set. It’s an amazing evening of music with the piano man, along with a little help from friends like Paul McCartney, Tony Bennett, Roger Daltrey and John Mayer, closing down the ball park that the Beatles christened 45 years earlier. For those who prefer a more in depth and behind the scenes account of this end of an era, then you’ll definitely want to catch The Last Play at Shea. The documentary from Oscar winning writer Marc Monroe is out on DVD and is essential viewing for fans of the New York Mets as well as Mr. New York State of Mind.

A couple years ago marked the 30th anniversary of The Stranger and our own podcast king produced a beautiful piece celebrating the chart topping album. Like many of my generation, I came of age to Billy Joel and that album in particular will forever tug at my heart. Maybe it hit at just the right time and place, but I loved every note of it. I still appreciate it all these years later and I kind of thought so did most everyone else. Until we proudly brought a brand new copy of The Stranger 30th Anniversary box set to a neighborhood holiday grab bag and the guy who unwrapped it was like WTF? OK, so maybe not everyone shares my love for The Stranger, but for those who do, here’s the podcast that features a recent interview with Billy Joel, as well as a previously unreleased gem from 1977, producer Phil Ramone and some other surprise guests. 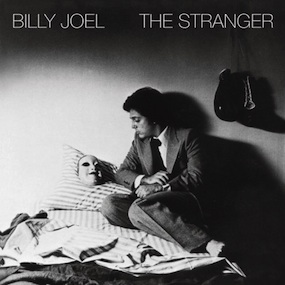