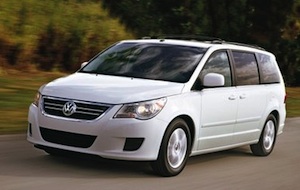 We recently purchased a new mini-van, totally selling out to parenthood and middle age. With the mini-van came a pleasant perk (well, several honestly)…..but I’m talking about satellite radio. We’ve got more stations and genres than we know what to do with and we’re having fun finding lots of new music and cool artists. However, my guiltiest pleasure has been a Saturday afternoon feature of 70’s radio – replays of America’s Top 40 with Casey Kasem from the actual date it aired. It’s like I’m in a time machine, transported back to any year 1970’s and all the memories that go with that. From the time I was about 8 until 16, I couldn’t wait to find out what was in the top 10 or the coveted number one position. It was a don’t miss staple of my weekends. I sometimes recorded the show on my cassette player so I would have all the “best songs” to listen to all week. I was never a fan of the sappy Top 40 dedications (….”Bobby from Arkansas writes….”), but I always thought how cool it was that people from all over the world were listening to the same songs and radio show I was.

Thinking about Top 40 in the 70’s brings me around to the music of my childhood That is, the music my parents played that has stuck with me my whole life and still lives on my iPod today. I remember digging through my parents’ old records with my brother and finding my Dad’s 78s. Our favorites were “Blueberry Hill” by Fats Domino and “Hit the Road Jack” by Ray Charles. We wore them out and knew all the words – singing at the top of our lungs. Digging through my Mom’s old albums showed she ran more toward the moody, romantic stuff – lots of Sinatra and Patti Page followed by Streisand and show tunes. Those kept me in front of the mirror singing into my brush as I got older and stole (I mean borrowed) all of her old albums.

I think the first albums I ever owned were the Jackson Five and with Michael’s Jackson’s passing that’s what I remembered most….loving little Michael and singing along to those LPs. How many times did I fill out that Columbia House order form with all the records I wished I had until I finally mailed that sucker and my giant package of vinyl arrived? Ah – my own albums. I had to justify my joining without any means of paying by explaining to my Mom that I only needed to order two more albums a year for like the next 10 years. I know The Beach Boys Endless Summer was part of that initial shipment and that strangely inspired several years of Beach Boys obsession. I have no idea if I ever fulfilled those future orders.

My record collection eventually expanded to some 400 – 500 albums. They were always a huge item on my Christmas list. I loved seeing those square thin packages wrapped under the tree. One year, I got something like 11 albums – thrilling! I remember loving 45’s too (understatement) and I bought them by the hundreds. They used to be in cubbies at Caldor organized by their Top 40 ranking. 45’s are still an obsession (thank you, iTunes – my fantasy “45” mall) but as easy as it is to download singles now, it’s not the same…is it? There was something so great about those singles on vinyl and listening to the crappy song they would throw on the B side.

My love of music has not dimmed and it’s grown to include so many artists and genres that have been inspired by places or people that have woven in and out of my life. I do know the original inspiration for this lifelong love was what I grew up with. Music was always present, always appreciated and evokes the happiest of memories. I can thank my parents for that and I can only hope my kids will feel the same.