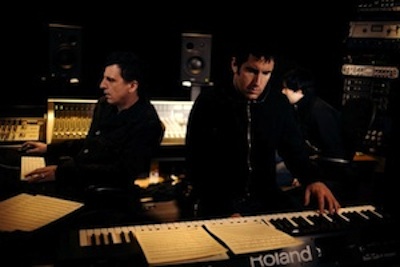 If the making of Facebook isn’t interesting enough on its own, then there’s always the story of how the music of the film The Social Network came to be. Perhaps not billion dollar good but still fascinating. Especially if you watch the video below as reluctant composer Trent Reznor of Nine Inch Nails shares his process with John Pareles of the NY Times and better yet, shows how the movie’s opening credits were originally set to an Elvis Costello song instead of his own creation. If you’ve seen the movie, you’ll appreciate how the different selection changes the whole vibe.

Then along the same lines, you can experience this Oscar favored work in another context by watching the video of the recent New York City blizzard that has caught the online world by storm. Idiot With A Tripod also set to Reznor’s soundtrack, has become such an internet sensation that it even caught the eye of film critic Roger Ebert who is calling Jamie Stuart’s beautiful short film Oscar worthy. Two films, one soundtrack and the same reaction…can an Oscar buzz be catching?