On a recent evening with friends, who I would say have a pretty high level of music and cultural aptitude as well as boomitude (that’s an ‘attitude on music’ that predates digital, in case you didn’t know), I came to the startling discovery that they were not familiar with the work of Italian composer Ennio Morricone nor have they ever seen what may just be one of the best movies ever, Cinema Paradiso. Once I got over my initial horror, it made me realize that perhaps they were not alone and maybe a quick lesson was in order. Because after all, friends don’t let friends live in the dark. So, long story short: Ennio Morricone is one of the most significant film composers of the last 5 decades. He helped put the spaghetti in the westerns of the 60’s having scored films like A Fistful of Dollars, The Good, the Bad and the Ugly and Once Upon a Time in the West. His compositions have also set the stage for memorable films like The Mission, Once Upon a Time in America, The Untouchables and my aforementioned personal favorite. His work is recognizable world wide and his influence is boundless. In fact, the whole conversation got started when our podcast king referenced a piece he did with Yo-Yo Ma regarding his album Plays Ennio Morricone. (You can listen to that podcast here.) 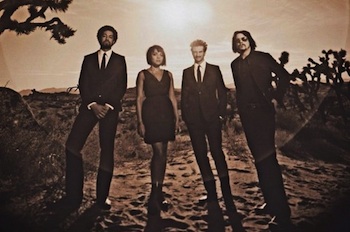 Perhaps you know all of this already but what makes it particularly pertinent today is that this classic Italian sound serves as inspiration to a new record getting a lot of attention. Rome is the collaboration between musician and producer Danger Mouse and Italian composer Daniele Luppi that honors their shared love of Italian film music. To create a special sound, the hipsters recorded in a vintage Roman studio and even assembled some of the early film’s original musicians, many of which are in their 70’s. They also went old school in their recording techniques. Recorded straight to tape without any modern era sleight of hand, Rome wasn’t built in a day. It’s a beautiful record that was five years in the making that’s only further enhanced by appearances by vocalists Norah Jones and Jack White and it promises to be one of the year’s best. So, is all of this going to be on the test? Probably not. But if like our friends, you have any prayer of living la dolce vita, then you might want to get with the program. We now present “Season’s Trees” from the recording Rome.