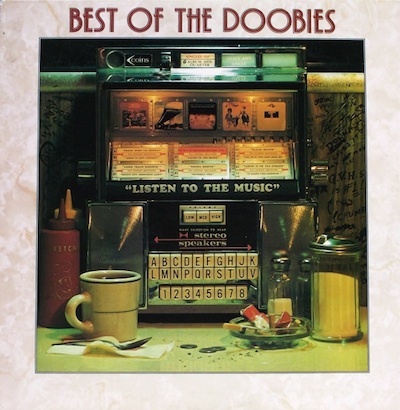 The folks over at livemusicguide.com have once again released their list of the 30 Best Album Covers and are asking readers to submit their own favorites. Narrowing the many rich choices down to 30 is no easy task and the results could be debated all day. But for those of us who were raised on records, there is no disputing that the album cover speaks volumes and life just hasn’t been the same without them. So here’s one we’re throwing onto the list. Best of the Doobies from 1976 not only screams the lost art of the album cover but how about the lost art of what’s going on there at the table!? There’s an image you don’t see much of anymore. What makes it even better is that what’s inside is also chock full o’ goodness. Every tune rocks and with a clean piece of vinyl, it’s well worth the 2 bucks we scored it for at the neighborhood flea. Sit back and “listen to the music.”